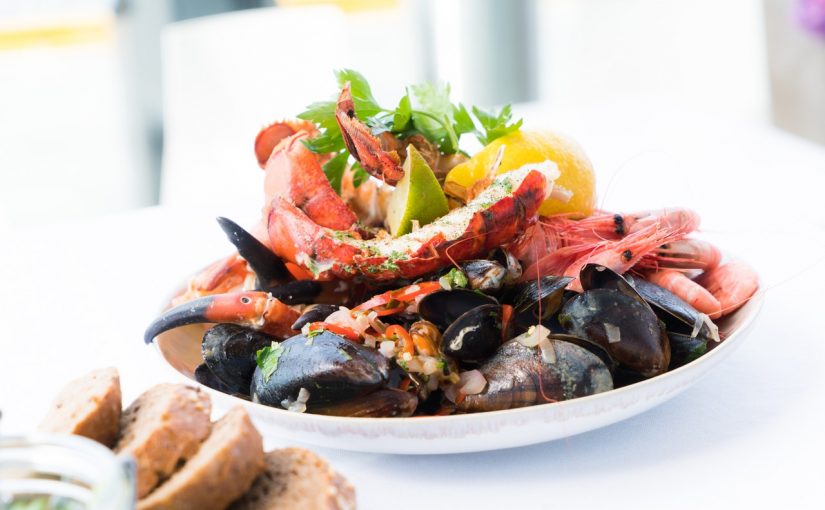 Buying quality fish for a restaurant owner, if we want, is even more important than a final consumer.

Whether you decide to buy it fresh or already frozen, it must be wholesome first and do not put your client’s health at risk. It is essential that the fish you keep in stock is not contaminated with anisakis. The latter is a nematode worm that has as “habitat” fish such as cod, sardines, tuna, hake, salmon, but also molluscs such as cuttlefish, octopus and squid. The damage of this parasite to the health of the client are many, even is coming to the removal of portions of the affected intestine.

Tragic inconveniences  can however be avoided with the right precautions. To eliminate the anisakis from the fish it is good to freeze the fish in its warehouse at temperatures of -15 ° C for 96 hours, -20 ° C for 60, -30 ° C for 12, -40 ° C for 9. With this simple measure you will protect two subjects:

1.your client from the damage to health mentioned above
2.your restaurant with predictable image damage and legal problems

And it is precisely on the legal risks of not having quality fish that we will focus in this part of the article.

When a customer, just a few hours from the meal, feels bad and unfortunately ends up in hospital, the complaint will in fact be unavoidable. The responsibilities of the restaurateur are divided into:

1.contractual: that the customer can demonstrate from the order placed and / or from the receipt paid
2.non-contractual: which instead consist of the post-admission medical report following an intoxication.

Moreover, the spoiled fish is in all respects a defective product, so the customer will be entitled to compensation when:

1.will have tried, by analysis, that the fish is a defective product that in fact has  attacked his health
2.will have demonstrated through his lawyer the causal link between the nature of the fish consumed and the food poisoning suffered
3.always through a lawyer will have sanctioned the nature and the amount to be obtained as compensation

But there’s more: a ruling by the Cassation of Milan in July this year, reported on the “Sole 24 Ore”, has even condemned for fraud in commerce a Milanese restaurateur guilty of not having indicated on the menu that the fish was not fresh but bought already frozen. On this last issue, however, the legislation is still a little uncertain, which calls for a dialogue between the Associations of Restaurateurs, Eurofishmarket and the institutions.

Another very important and underestimated step to check the quality of the fish is to check the label. It must in fact trace in detail all the “iter” of treatments that the fish has followed from the waters of origin in which it was fished up to your warehouse.

And it was precisely the traceability of fish the hot topic of Slow Fish 2017. The fair, helded in Genoa, has   announced a new initiative: of information labels. Without more symbols incomprehensible to consumers, they will have to trace in detail all the “history” of the fish product from the origin to the final destination (whether it is the supermarket or the warehouse of a restaurant). Obviously the labels will be equally detailed  on the production.