Groups are used to separate Products with a Order, usually when additional orders are placed by customers.

Groups are created in three different ways: the first and simplest is to choose the group in which you want to insert a product in order,  selecting it with the + and – keys. 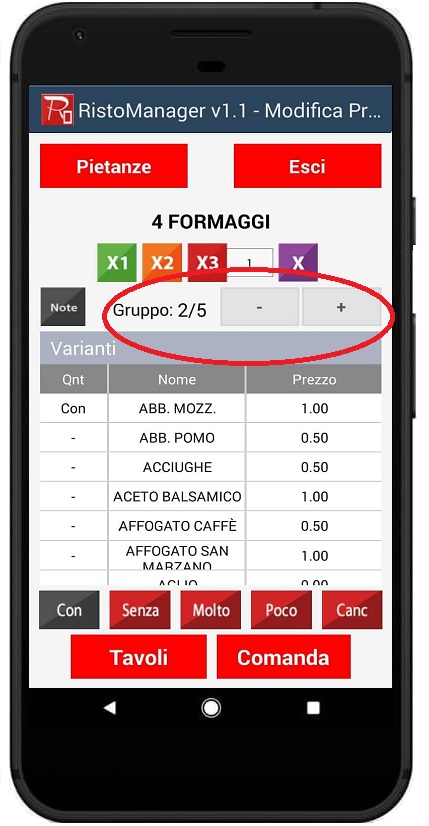 the next method is to modify the Group in which there is a product already included in the order, accessing the modification of the product and proceeding as in the visa in the case described on the previous page.

Finally you can create a new Group simply by modifying an existing one and selecting a new one from the list that appears on the screen.

Moving and Exchange of Products between Groups

It is possible to move one or more Products in a different group, which can be exchanged with those of another Group: the method for obtaining this result is similar to that who is seen in the creation of the Groups.

Moving a product to another Group simply consists of accessing the modification of a product, then selecting the Group in which you want to move it, thanks to the usual buttons (+ and -) and confirm with the button

. In the event that that Group does not exist, it will be created at that time.

It is possible to move an entire Group of products to exchange them with others: just select the Group you want to move, then indicate what you want to change and choose the Group  which you want to exchange all the products contained in it. In the event .that Group does not exist, so it will be created at that time. 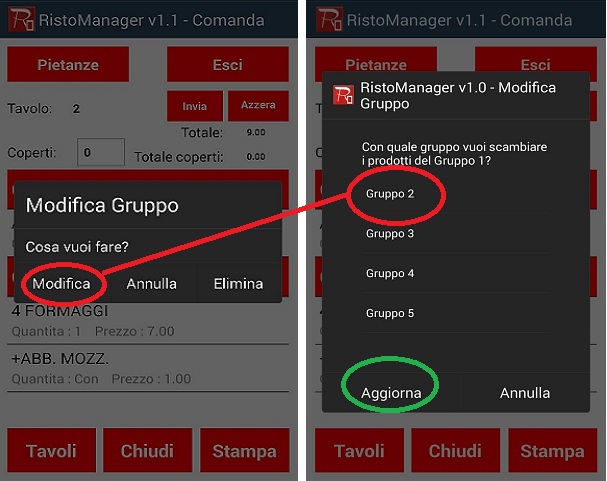