It is possible to change the appearance of the command on the tablet, through the convenient controls placed next to a preview of the print itself.

Modification of  sending of the order

It is possible to decide which items to appear on the order in the PDA, simply by selecting them from the appropriate list, visible to the right of the thumbnail. 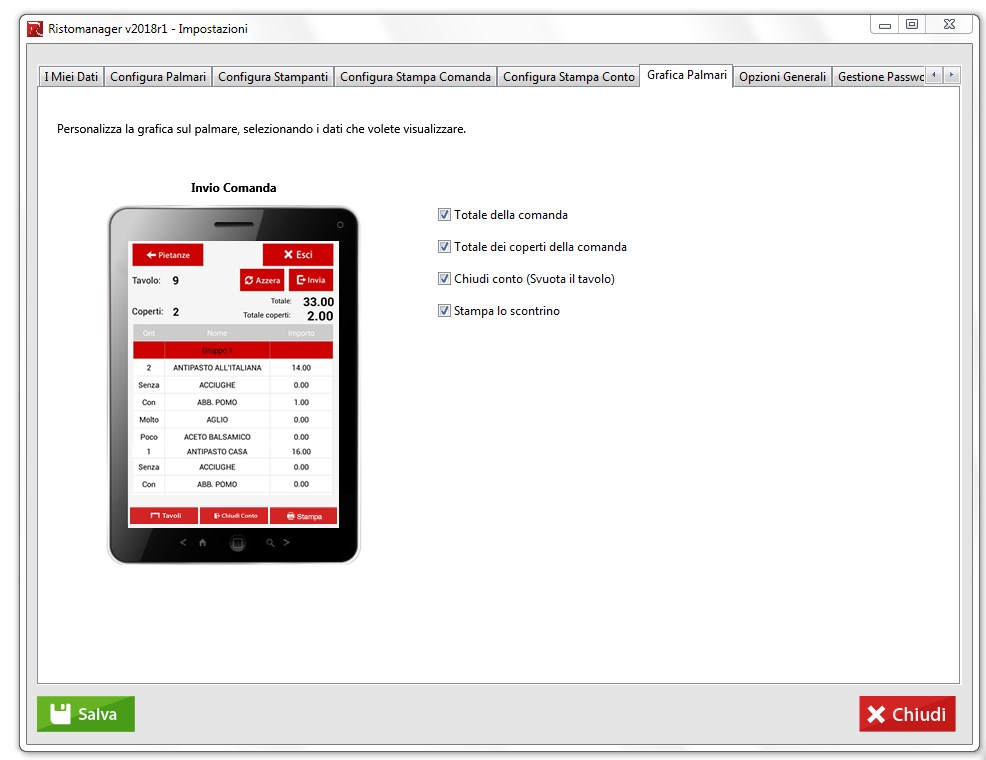 The first two are related to the amounts of the Totals, respectively of the whole order and of the only covered. The other two options concern the two lower buttons, which allow, the first to close the bill and then empty the table for a subsequent order and the second to print the receipt of the table. Once satisfied you can use the Save button to confirm the changes made.