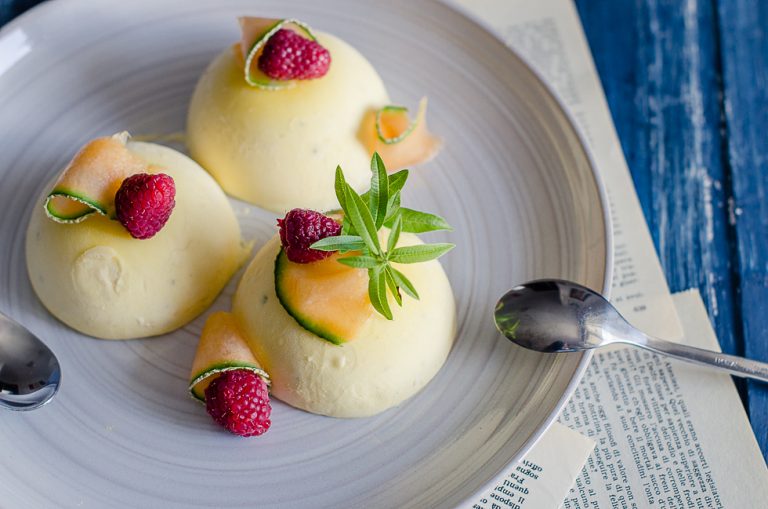 Summer recipes for a unique and tasty menu based on seasonal fruit: melon.
We offer you three easy-to-prepare dishes for a complete but fresh, light and multi-colored meal ... and flavors!

Let’s start with the first course: rice with melon.
To prepare it you need:

It starts from boiling the rice, which is then drained and put aside to cool. Cut the two melons in half, clean them from the seeds and empty the two halves with one to dig – trying not to spoil the peel – to pull out the pulp.
Cut the bresaola (or the raw, less light but more tasty alternative) into strips and the provolone and the pulp of the diced melon.
Add everything to the chilled rice, along with mint and a sprinkling of black pepper. A little oil and ready on the table.

The original idea for your reach? Serve the rice in the melon skin like a bowl!

As a second course, we propose chicken strips with basil and lemon. You need:

500 grams chicken breast;
half melon;
juice of a lemon;
a bunch of basil;
salt, pepper and oil as required.

Cut the chicken breast into thin slices and marinate for thirty minutes with lemon juice, salt, pepper and 6-7 chopped basil leaves. Meanwhile, clean the melon from the seeds and peel and cut into cubes.
Heat a well-oiled skillet and cook the chicken with the marinade over high heat for five minutes. When the process is finished, reduce the chicken to “strips”, frull it with a little basil leaves and add it to the melon.

Last but not least your summer recipes, semifreddo with melon and amaretto: 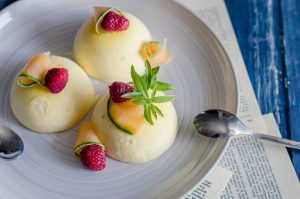 Soak the gelatine in cold water for five minutes; in the meantime, blend the melon until you get a pure one.

In a saucepan, heat the amaretto liqueur, adding the well-drained and squeezed gelatine. When the heat is off, stir until the gelatine has melted.

Using electric whips, whip the cream first and then the egg yolks, adding the sugar to them, until they are frothy. Add, continuing to mix, the melon, the jelly and then the cream. Spread the cream into the molds and put it to harden in the freezer for at least three hours; before serving, leave in the fridge for an hour. 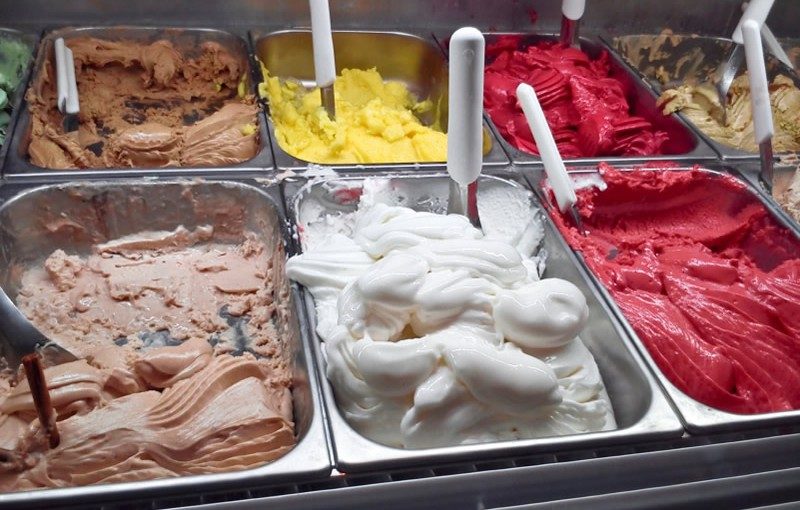 Ice cream and sorbet are the perfect culinary alternatives of  desserts and also have numerous nutritional benefits.

Ice cream and sorbet are very popular in Europe and those are growing at a fast pace throughout North America; these delicious dessert of Italian origin are no longer considered a “temptation”, but rather a preferred dish, eliminating the frustration and monotony of some low calorie diets. With less fat than “ice cream” and infused with spices, herbs and flowers or many other fashionable ingredients, ice cream and sorbet combine healthy properties with artisan flavors. 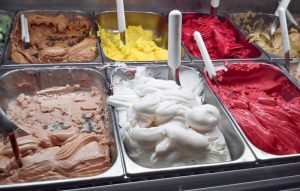 For  all  the desserts, presentation is the key. These frozen flavour can be dug, placed in layers of a cake, served soft or even savored on a stick. It is made in the traditional way, with fresh and genuine ingredients, such as whole milk and cream (ice cream), fruit and fruit juices (sorbet), these products also leave room for personalization and adaptation on  various diets. Without milk, sugar-free, low-calorie, vegan or following the parameters Kosher, or even gluten-free, can be created for all tastes and needs.

Creamy or refreshing, ice cream and sorbet were a very strong trend in 2015. They can be found at a street vendors such as ice cream sandwiches (an on-the-go solution), in restaurants such as drowned (a combination of coffee and ice cream) or as a frosted dessert. In coffee, they can be served mixed in a smoothie or milkshake, while they can be served soft on the classic cones, even in specialized ice cream parlors. With a growing number of flavors available is  increasingly intriguing – from amaretto to mango – children and adults can always throw on semifreddi … without even see before! 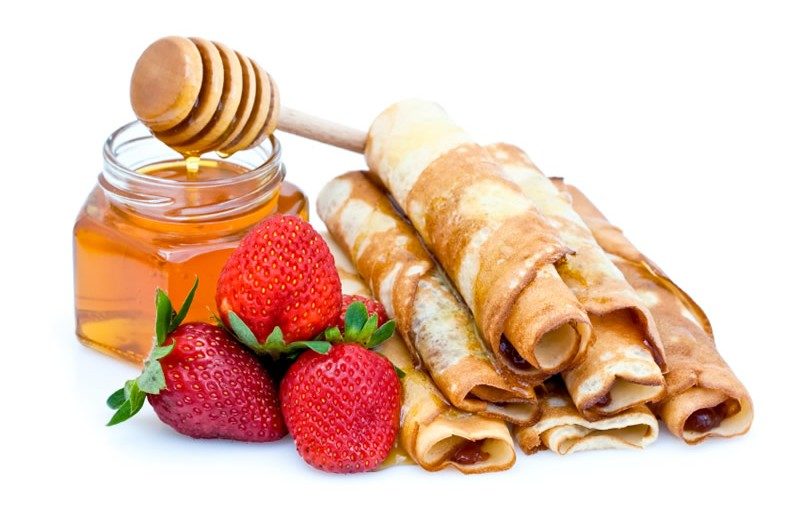 The market of crepes can offer good profits, especially on the costs to open a creperie are not too high, but always based on the size you want to achieve, so you have to take into consideration the reference market and the customers you want to reach as any other company does; you can find creperies in shopping centers with colorful and well-structured kiosks as well as people selling cracks in fixed or semi-itinerant sales points. Of course, in each country or region the regulations change, but it is advisable to be aware of them before starting this type of activity. 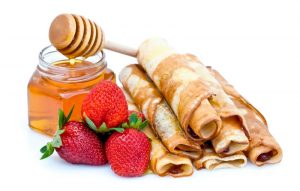 What you need to open a creperie?

An advantage of this type of activity is that the important part is only one, the plate where the crepes are cooked, both the salty and the classic sweets need to make a high quality product, without having any additional staff, all that you will want to add to develop your concept of work, it will be according to your possibilities, the place where you are going to realize and the market that you will have to cover.

Opening a creperie allows you to offer products with little investment, and at the same time offer a wide variety of recipes for crepes, thanks to the many types of condiments used today, from milk, jams, chocolate blends, fruit or binds between their different flavors, etc.

The importance of the right crepes equipment

To create your own restaurant for crepes, you must always take into consideration several factors. The processing machines are variable in their sizes, prices and production capacity, but the basic operation is always to prepare the batter according to your ideal recipe and use the dish  to cook the product and then fill it with the chosen condiments from the customer.

When you purchase the equipment you must take into account the types of crepes that are going to be  produced, the size of your company and the added services, since these products are present in ice cream parlors, traditional restaurants, cafes, in short any catering activity and recreational can adapt to serve this exceptional dessert. 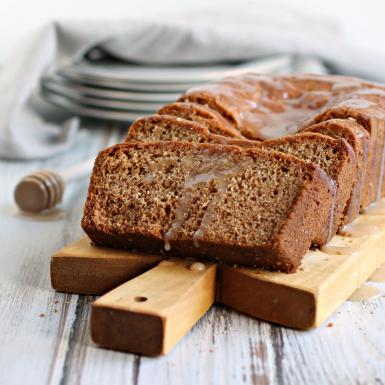 Rosh Hashanah, literally the Jewish new year, took  place in September with a two-day celebration that included eating sweet foods like apples and honey to conjure up a new dessert. Honey desserts, known as Lekach, are common traits and are generally dense breads, sweetened with honey, filled with hot spices such as cinnamon, ginger and nutmeg and often soaked in honey syrup.

Desserts are easy to be made and can be served for breakfast with coffee, tea or after dinner desserts. Canola oil can be substituted for butter to make a free version. In both cases, these sweet cakes are delicious at any time.

– 1 tablespoon of milk or cream

Preheat the oven to 350 degrees. Grease a baking sheet and line it with a strip of baking paper for easy removal.

In a large bowl, combine the eggs, sugar and honey. Using a mixer or your hand, beat together until the sugar melts.

Add the butter, vanilla and orange peel and beat until it is incorporated.

Add the dry ingredients in the wet and mix until combined.

Pour the mixture into the prepared pan and bake for about 40 minutes.

Make the icing by mixed together the sugar powder, honey, milk, melted butter, cinnamon, giner and salt. Sprinkle over the hot cake. 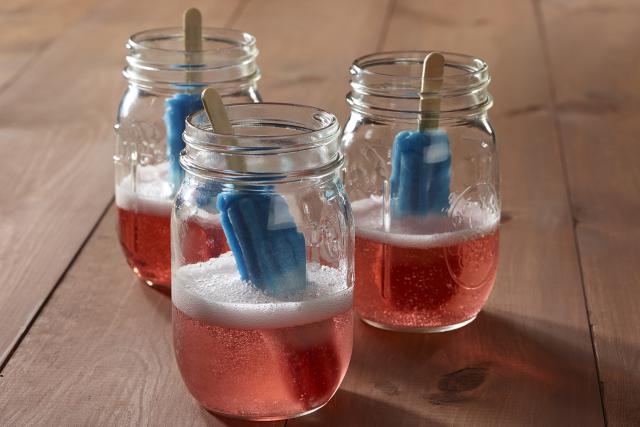 The easiest way to combine cocktails and ice lollies is to simply put the two together.

This Champagne is a recipe and a perfect example and is a great way to get your pops icicle and keep your wine cold at the same time.

All you need is a homemade ice pop or one that has been purchased for children. Put it upside down in your favorite glass and fill it with champagne.

Take this idea from other cocktails tasted in the summer.

Basically, we are simply using ice pop instead of ice and this can be done with spiked or straight ice lollies in almost any cold drink

Popsicle with Kiwi and Martini

Inspired by one of the easiest alcoholic drinks or martini, this ice lolly is just as simple and quick to mix.

If you love Kiwi and Martini, you should try it with an icicle complete with citrus fruit, vodka and fresh fruit (Kiwi). 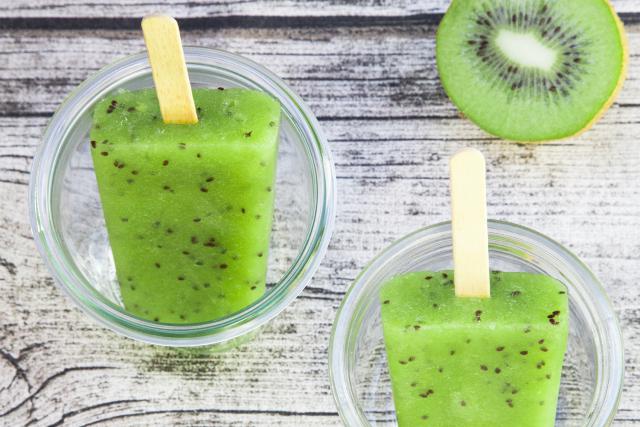 1 – Put the ice and the kiwi in a blender and blend until you get a well chopped mixture.

2 – Add the syrup and vodka and melt until smooth

3 – Pour the same amount into a mold.

4 – Insert the sticks and freeze until solid